It takes (more) women to rule Afghanistan (actually the world) 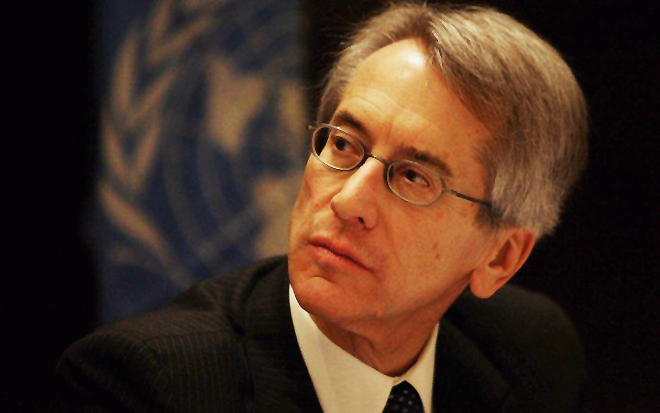 Women’s rights are pivotal to Italian foreign policy. Our country has always played a key role in promoting efforts on behalf of gender equality and against discrimination on the international arena. That also means raising awareness of the need for women’s greater participation in world governance — beginning with diplomacy — and encouraging women’s professional formation.

Women are “powerful agents of peace, security and prosperity,” reads a statement issued by the latest G8 ministerial meeting. Nevertheless, they are often excluded from peace negotiations and transition process. Decision-making in which the female component is either absent or marginalized forfeits political legitimacy as it neglects the sensibilities, experience and prospects of an essential segment of the society, depriving it of energies vital to reconciliation, stability and cohesion. That is why we warmly welcome the news of Nkosazana Dlamini-Zuma, South African home affairs minister, being elected head of the African Union, the first woman appointed to such a prestigious role.

Women’s enormous potential is not always fully tapped. As Giorgio Napolitano, President of the Italian Republic, has stated: “Natural bearers of creativity, solidarity, empathy and realism, women instill in our societies an enduring faith in the future. As the ranks of high-level diplomacy open up to a growing, qualified and young female presence, those nations incapable of embracing the trend are going to be the losers.”

Aiming at building gender equality in global government and public service, the Italian Ministry of Foreign Affairs has recently organized a international conference dedicated to “Women in Diplomacy” that is a high-profile follow up to “The Women in Public Service Project” launched by Hillary Clinton in December 2011.

I think that the main benchmark of the success of this empowerment of women approach is currently represented by the condition of women in countries undergoing transition, such as those along the Mediterranean and, above all, in Afghanistan.

Women were among the heroes of the Arab Spring revolts. They took part en masse in the first elections and are now present in the new democratic institutions. We are expecting the new Arab leadership to respect women’s rights in their constitutions and political and social life. The close link between women’s rights and overall stability, inclusion and reconstruction is the compass by which to set the course of our support for these transitions.

Ten years ago women’s participation in Afghanistan’s political life was simply inconceivable. Thanks to the efforts of the international community, with Italy as a leading actor, things have drastically changed. Afghan politics is no more a male-only club. Afghan female work-force is rapidly growing, the percentage of female students has risen to 38 percent, that of female college students to 20 percent, and nowadays roughly 28 percent of Afghan members of Parliament are women.

However, these hard-won gains remain fragile and insufficient to eradicate discriminatory and violent practices. Afghan women’s rights have still to be empowered with a real and strong voice in the political and social reconstruction of the country. We were shaken just last week by the reprehensible killing of Hanifa Safi, Head of the Ministry of Women’s Affairs of the Province of Laghman, and the brutal execution of a woman accused of adultery. But we were also struck by the Afghan women’s reaction of protest. It is a duty of the Afghan government as well as of the international community to protect them from spreading insecurity and from the threat of losing what they have so hardly achieved. Thanks to Italy’s strong commitment toward that goal, the Tokyo Conference acknowledged the full and effective protection of women’s rights as an index of the pluralism of the Afghan society and of the advancement of women conditions. How the Afghan Government will now enforce its commitment to promote these rights will be a benchmark for the level of international aid.

Much remains to be done. We cannot lower our guard. As they raise their voice and ask to be listened, Afghan women need not to be abandoned. As we stand by Afghanistan in its social and economic progress, we must stand by those women. It is crucial to foster Afghan women’s greater responsibility, encouraging them to see themselves as leaders in their country’s renewal on the basis of equal footing and the criteria of efficiency and meritocracy.