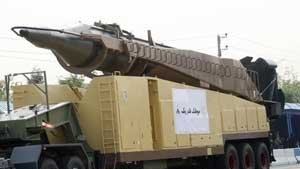 On July 14, it will be exactly one year since the nuclear agreement between Iran and the P5+1 group of nations was concluded in Vienna. It will be an opportunity for the proponents of those controversial negotiations with Iran to face some harsh realities about the nature of the regime.

Anyone who understood Iran’s clear patterns of past behavior should have realized how dim were the chances of a ‘Nuclear Deal’ – the JCPOA – in getting from the regime political moderation and compliance with international norms. Yet that didn’t stop a wide segment of political and economic establishments in both the US and Europe from embracing Iranian President Hassan Rouhani as a moderate and holding onto that embrace right up to the present day.

A one-sided and untruthful narrative has been willingly spread, to support Iran policies based on plain ignorance of recent history. Many aspects have been either neglected or twisted. The negative experience of Western Governments, when they have tried to reach out to “moderates” inside the Iranian regime, was completely overlooked, since every attempt has been burned by those same “moderates” – each more predictably than the last.

In the year since Rouhani’s charm offensive led to his securing relief from economic sanctions, he has shown himself to be just as duplicitous and deceptive as former Presidents Mohammad Khatami and Akbar Rafsanjani. With them, American and European Governments made huge efforts in promoting dialogue and understanding about the most important regional and bilateral issues. But that outreach ultimately led to intensification of anti-Western rhetoric and crackdowns on actual reformist trends within Iranian society.

President Rouhani himself is now part of the escalating rhetoric that is emerging out of the nuclear agreement. In October 2015 Iran did test a ballistic missile with nuclear capacity – a violation of UN Security Council resolutions that could imply sanctions broader than those the Obama administration has already established. Carelessly, in the midst of international outcry the Iranian Revolutionary Guards Corps carried out other missile tests: four more, as we know. It did so with the explicit blessing of President Rouhani. When faced with light enforcement measures by the US, Rouhani ordered his Defense Ministry to ramp up production of these weapons. The Iranian President apparently believed that his American counterpart would not respond to further Iranian provocations. He was right. None of the latest missile tests drew countermeasures or reactions.

The West should have read recent history more carefully when the argument was made regarding the prospects for Tehran’s moderation following the nuclear agreement. Hassan Rouhani made it clear years earlier that his interest in negotiations was driven not by moderate views but by the political expediency of using negotiations in service of hardline goals. When, in the mid-2000s, he served as the lead negotiator on the nuclear issue, Rouhani boasted to his fellow officials that he had helped to maintain a calm environment so that Western powers would alleviate some pressure while Iran continued to develop its nuclear program and expand its uranium enrichment capabilities. It should have been clear to Western negotiators in 2015 that this was exactly the endgame that the recently-elected Iranian President had in mind. It is likely that the ‘P5+1’ knew full well that moderation was not really on the table.

Iran’s record speaks for itself. It includes an ongoing growth in ballistic missile stockpiles, provocations toward Western targets, mass arrests of journalists, activists, and dual nationals, and a skyrocketing rate of executions. Nearly 1,000 people were hanged in 2015. More than 2,500 have been executed since Rouhani took office. In the meantime, Tehran’s egregious regional policies dispatch thousands of troops to Syria to keep in place Assad and a regime responsible for crimes against humanity, as stated by the UN;  support Lebanese Hezbollah, Shia and proxy militias in Iraq and Yemen, not to mention ransacking the Saudi embassy in Teheran.

Anyone who understands how small the return has been for the West following nuclear negotiations, and how many risks exist in promoting  business with large sections of the Iranian economy controlled by the Ayatollah, the IRGC and entities linked to severe violations of human rights and to terror financing ought to pay attention to the voice of Iranian dissidents who gathered in a major rally in Paris organized by the National Council of Resistance of Iran, led by Maryam Rajavi on July 9.  The “Free Iran” gathering, joined by hundreds of European and American politicians in a bipartisan fashion, as well as prominent Middle Eastern figures, such as Prince Turki al-Faisal of Saudi Arabia, sent a narrative that is more reflective of the reality than that which the proponents of the deal wanted us to believe a year ago.

It is time to realize that as far as the Iranian people are concerned, the outcome of negotiations has been overwhelmingly negative. That is the effect of any Western policy that further empowers regime insiders at the expense of those who are vying every day to change the regime into a truly democratic system.

An Iran that is in the hand of religious extremists is an Iran that is harmful to Western interests. Any successful policy on Iran should hinge any improvement of relations upon improvement of human rights in Iran, should prevent any dealings with the Revolutionary Guards, the main apparatus of murder and terror, and should call for serious consequences for Iran dispatching its Guards and mercenaries to Syria, Iraq, Lebanon and other parts of the Middle East.

This is a policy that is in line with our values and principles, coherent with the commitment undertaken by the European Union and its member States to put at the center of their Foreign and Security Policy the promotion of human rights, fundamental freedoms and the rule of Law – the only policy which provides assurance to our regional allies and identifies us with the aspirations of Iranians crying for freedom.

Giulio Terzi is a former Foreign Minister of Italy.