There is an alternative to doing business with the Iranian regime 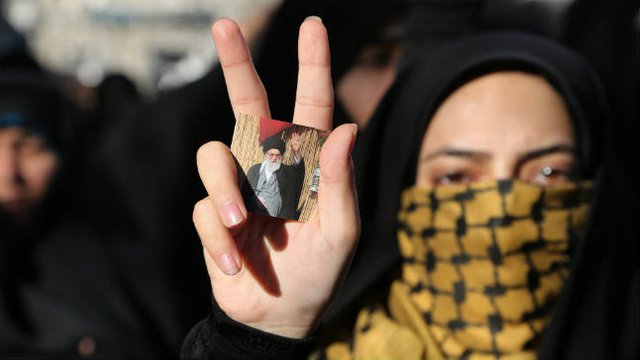 As things currently stand, there are wildly divergent trends in the status of relations between the Islamic Republic of Iran and United States and its European allies. On the European side, Britain recently resumed commercial flights to Iran and appointed its first ambassador to the country since diplomatic relations were severed in 2011. The President of the French National Assembly visited Tehran in the first week of September and Germany announced that plans were moving forward for the opening of two Iranian banks in Munich, to facilitate transactions between the countries.

But on the other hand it is increasingly difficult to ignore the provocative gestures that Iranian officials have been making or the other indicators that last year’s nuclear agreement has failed in its endeavor to encourage moderation inside the regime. This has helped to encourage the contrary trends, consisting not only of direct opposition to current Western policies but also of an effort by some policymakers to offer support to separate Iranian voices, especially the organized opposition against the clerical regime.

Those latter efforts have paid some dividends. Although they have been acting largely without the support of national executives, the Western allies of the Iranian resistance have succeeded in bringing attention to the ongoing plight of the members of the People’s Mojahedin Organization of Iran (PMOI or MEK), and thus helping its community in Iraq to relocate away from the thumbs of the blood-drenched Ayatollahs.

In the several years that MEK members have been stranded in Camp Ashraf and subsequently the former US military base of Camp Liberty, they have been subject to five missile attacks, three direct assaults, and a constant blockade of medical supplies and essential services. As a result, more than 150 of the residents have died while much of the international community has turned a blind eye. But now, Camp Liberty has sent the last of its about 3,000 former residents to stable homes, mostly in Albania.

The PMOI’s European advocates are owed some portion of the credit for this eventual success. For one thing, Albania deserves much credit for its open arms policy towards Iranian dissidents.  Some credit should go to various European legislators, spanning virtually the entire political spectrum, who worked tirelessly to address the needs of an underrepresented community.

That underrepresentation goes a long way toward explaining why there is such a strange dichotomy in European approaches to the Islamic Republic. Those who have close contact with the PMOI naturally oppose the predominant push toward closer relations with Tehran, while those who champion that push close their eyes to the Iranian regime’s nefarious conduct at home and abroad and are notoriously ignorant about the MEK, its principles, its durability, and its relevance.

Anyone with even a passing knowledge of the history of the Islamic Republic knows that it is unrealistic to think of the Iranian regime as our friend.

A fifth nuclear test in the DPKR on Friday should raise accrued alarm in the international community for the long standing and secretive cooperation between Pyongyang and Tehran on missile and nuclear weapons programs forbidden by UN Security Council resolutions.

The reason why so many Europeans are pushing for expanded relations today is not because they aren’t aware of Tehran’s historical support for terrorism or its human rights abuses or its subversion of democracy. Rather, a major reason for pursuing negotiations with that regime is because people simply don’t recognize that there is an alternative.

In other words, over the years some European leaders have bought into the Iranian propaganda that portrays the leading Iranian resistance organization as insignificant. Make no mistake, the regime tried with all its might to destroy that movement. The MEK was the main target of a massacre in the summer of 1988 that killed upwards of 30,000 political prisoners. Yet the organization survived and continued to thrive in the wake of that carnage.

Today, its parent organization the National Council of Resistance of Iran consistently draws approximately 100,000 supporters to its annual international gathering near Paris. Even in Iran’s immediate neighborhood, the MEK has survived the Tehran-backed attacks on Camp Liberty. And with the successful relocation of that community, the MEK and the international community have struck yet another blow against the myth that there is no organized opposition to Iran’s clerical regime. Actually it seems that with the transfer of its forces from Iraq, a new dawn looms on the horizon for the resistance.

In light of this, persons with an interest in European foreign policy ought to push the European leadership to reassess their assumptions about Iran, and their motivations for dealing so softly with an inherently violent regime. A better argument for rapprochement might be made if it was truly the case that that regime is the only organized representative for the Iranian people. But the truth is very far from that. There is another government waiting in the wings, prepared to shape a future for Iran that is based on declared principles of secularism, democracy, and gender equality as it has been articulated by President of the National Council of Resistance of Iran Maryam Rajavi.

It is clear that the Iranian resistance can survive and grow even when it is neglected by the world community. It is clear that it can score significant victories over the Iranian regime when given a modicum of international support, as is the case with Camp Liberty. Just imagine what it could do if the European establishment ceased their pursuit of trade with the current regime and instead put their full-throated support behind the democratic opposition.

Giulio Terzi is a former Foreign Minister of Italy

The views expressed by authors are their own and not the views of The Hill.