Moderate Iran is a fantasy 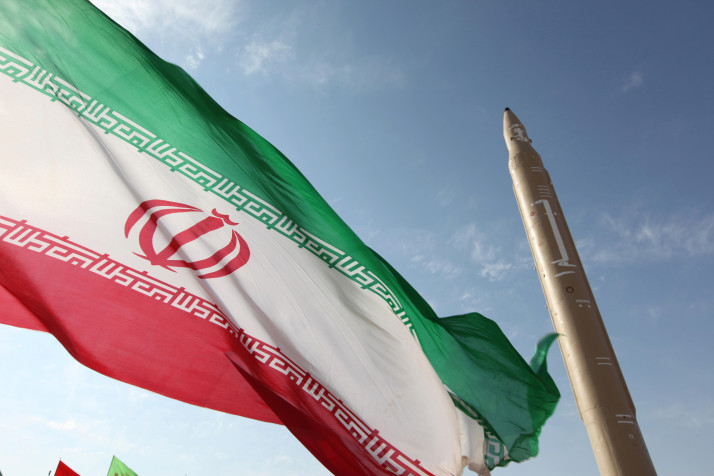 The West should be wary of deepening ties with a regime that has stepped up arrests and judicial abuse.

The nuclear agreement between the Islamic Republic of Iran and the P5+1 (China, France, Germany, Russia, the U.K. and the U.S.) was a significant development. But there are a number of reasons why it should be considered with more caution than excitement. Is it really a landmark achievement for world peace and security?

Many friends of the Iranian people would like to see the country make steps toward freedom, human rights, pluralism and tolerance. Unfortunately the odds are that the Joint Comprehensive Plan of Action will neither make the Middle East safer nor fundamentally change the nature of the Iranian regime and its conduct in the region.

Since signing the agreement in mid-July Tehran has shown a clear lack of interest in changing course. This fact is particularly significant in light of President Hassan Rouhani’s visits to Italy and France this week, the first such state visits in a decade.

By all accounts, Supreme Leader Ayatollah Ali Khamenei only agreed to the nuclear talks because the Iranian economy was suffering under crippling U.S. and EU sanctions, raising the specter of massive uprisings reminiscent of those in 2009. Khamenei took great care to emphasize, even at the beginning of the Joint Comprehensive Plan of Action’s implementation phase, that dialogue and cooperation with the West should not expand to other areas, namely regional security and human rights.

The regime has carried out 52 hangings since the beginning of the year, intensifying a pervasive climate of terror and fear. In the almost three years of Rouhani’s tenure, more than 2,000 people have been executed, according to a report by Hands Off Cain (an anti-death penalty and torture group), some for political charges like supporting the opposition People’s Mojahedin Organization of Iran (PMOI or MEK).

Iran has long led the world in per capita executions, but this is a sharp increase compared to the same period during the presidency of Mahmoud Ahmadinejad. The regime has also stepped up its arrests and its judicial abuses against activists, dissidents, minorities and others.

Beyond its borders, Tehran has been pouring billions of dollars into support for Syrian President Bashar al-Assad and has dispatched more than 5,000 Revolutionary Guards (IRGC) and some 25,000 non-Iranian mercenaries to Syria. The international community has made efforts to bring Iran into the discussion over a political solution to the Syrian civil war and Tehran’s refusal to negotiate over the future of the Assad regime makes it clear that Iranian officials are abiding by Khamenei’s directive to avoid negotiation.

There have been other provocations. In December, the U.N. Security Council’s Panel of Experts on Iran confirmed that a ballistic missile test carried out in October violated paragraph nine of Security Council Resolution 1929. Tehran has stated that it has no intention of abiding by such resolutions and Rouhani himself ordered Defense Minister Hossein Dehqan to further expand the country’s ballistic stockpiles.

Rouhani’s visit should be a test of his willingness to change Iran’s egregious conduct and an opportunity to hold him accountable for his actions.

Furthermore, the IRGC fired unguided rockets into the sea within 1,500 yards of U.S. and French warships and commercial traffic on December 26, 2015. Two weeks later, the IRGC captured 10 U.S. sailors who had strayed into Iranian territorial waters.

Iran has been even more belligerent toward our allies in the Middle East. Deepening discord between Iran and Saudi Arabia reached a breaking point early January when Iranian militias ransacked the Saudi embassy in Tehran and the Saudi consulate in Mashhad. Saudi Arabia responded by severing diplomatic ties with Iran. Other Gulf States followed suit, citing deep-seated concerns about Iran’s escalating, destructive meddling in Syria, Yemen, and elsewhere.

It seems quite evident that the nuclear agreement has given the regime added motivation to crack down on Iranian civil society, become more belligerent in the region, and keep Western influence at bay.

Meanwhile, European governments are willing to talk with Rouhani about oil deals and trade partnerships even if it means actively ignoring Iran’s worsening human rights situation, its sponsorship of terror, and its destabilizing activities in the Middle East.

Such deals, along with the lifting of economic sanctions, will provide the regime with the means to continue funding the IRGC, the main agent of domestic repression and the mullahs’ instrument for exporting their Islamic Revolution abroad.

It is clear that the West will continue to face major strategic challenges from Iran. Hope cannot be a substitute for prudent policy, particularly in dealing with a volatile region like the Middle East or issues like the growth of Islamic extremism.

Italy, France and the European Union should not only use Rouhani’s visit to explore trading opportunities. First and foremost Rouhani’s visit should be a test of his willingness to change Iran’s egregious conduct and an opportunity to hold him accountable for his actions.

If Iran needs to open up its economy vis-a-vis the EU and the West, the Iranian president should be reminded that unless the regime truly moderates its conduct, the West will have no political appetite for investment or improved relations.

The nuclear deal is not the only obvious area in which Iran can demonstrate a real commitment to moderation: releasing political prisoners, safeguarding the rights of citizens, withdrawing support for terrorist groups, retracting hateful propaganda, and ending their meddling in the affairs of other countries are just as important.

Until such results are achieved, the narrative of Iranian moderation will remain a fantasy. The West needs a better foundation on which to base moral and politically-effective policies.

Giulio Maria Terzi was foreign minister of Italy from November 2011 until March 2013. He served as Italy’s ambassador to the United States from 2009 to 2011 and permanent representative of Italy to the United Nations in New York from 2008 to 2009.